The last few weeks have been pretty chilly around here (or chilly for my taste at least!), so it’s the perfect time for hot cocoa.  Last week at game night we had a hot cocoa bar.  We made hot cocoa (we just used this recipe from Bon Appetit) and then had all kinds of things people could add to customize their mug of cocoa.  It was a big hit, so I figured I’d share it with you.

The nice thing about the cocoa bar is that it can be an easy substitute for a full-blown dessert.  It’s also something both adults and kids alike will enjoy and most of it you can get together ahead of time.  I thought it might be a fun option for some of you this holiday season.  You could even serve it in a crock pot so it would stay warm for several hours and your guests could have it whenever they’d like.

One of the main add-in options we had available was booze (obviously)!  We had three available (the top three in the list below) but here a bunch of options you could have out for people to add: 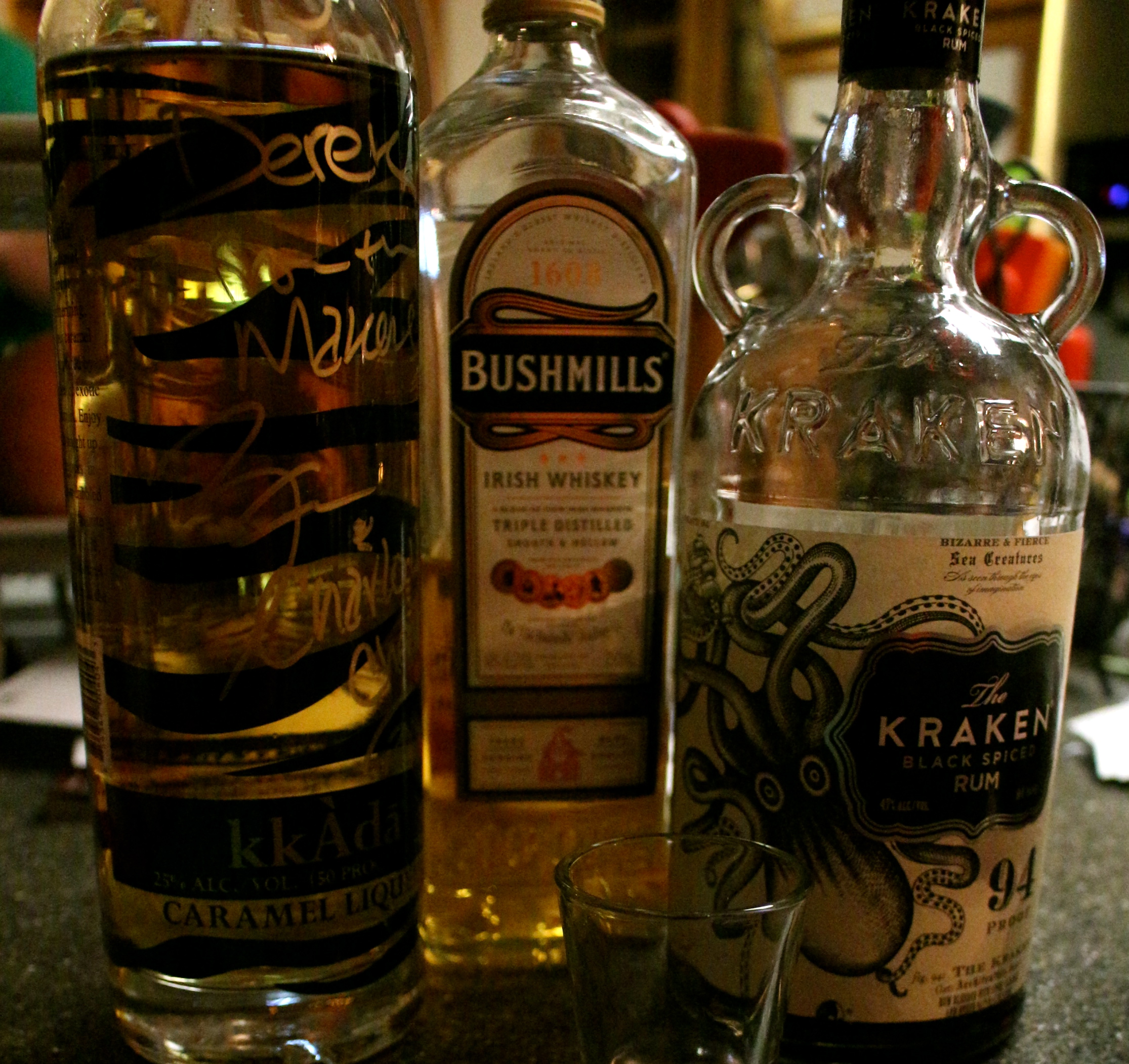 We also had several toppings available.  It was really fun to see what combinations people came up with.  Here are some options:

To set up your cocoa bar, place your mugs (holiday ones if you’re feeling festive!) at one end of your table.  Then put your hot cocoa, boozes with shot glasses or jiggers, all the other add-ins and then spoons and napkins at the end.  Everyone will love the chance to customize their own cocoa, I promise!  I chose rum and a mix of gingerbread and vanilla marshmallows for mine last time but it’s fun to think of all the combos! 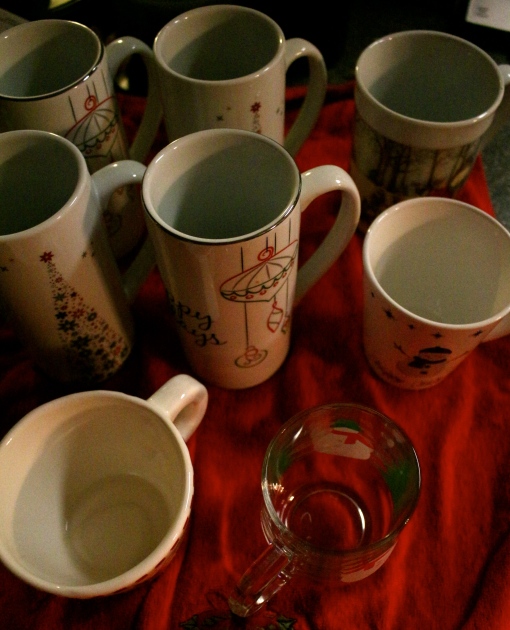 Mugs just waiting to be filled!

My cup of cocoa- yum!