I think I’ve mentioned before what a great cook my dad is.  One of his summer specialties is BBQ ribs, they’re tender, juicy and utterly amazing!  My husband loves them and the last time we were over at my parents’ house for ribs, he asked my dad for his recipe.  After several tries, we have gotten down my dad’s technique, so I wanted to share it with you guys.  Be warned though, once you make this for people they’ll be knocking down your door to have it again and again.

This recipe uses pork baby back ribs.  They are easier to cook and require less work than large beef ribs to get tender.

Let’s get to the ribs!

Start by seasoning the ribs.  This is where you have the chance to really make these your own.  My husband and I found that we liked a blend of salt, pepper and brown sugar which is what is listed in the recipe.  However, feel free to use your favorite rub, spice blend, or just salt and pepper. Season the top (mostly meat side) and bottom (the side where the ribs are more exposed) liberally.

Place the rack of ribs on a foil lined cookie sheet. We wanted to do some experimenting so we made 3 racks, but this recipe is for one rack which will comfortably feed 2 hungry adults.  We are first going to cook the ribs in the oven at a hotter temperature to brown them.  This should take about 25 minutes. 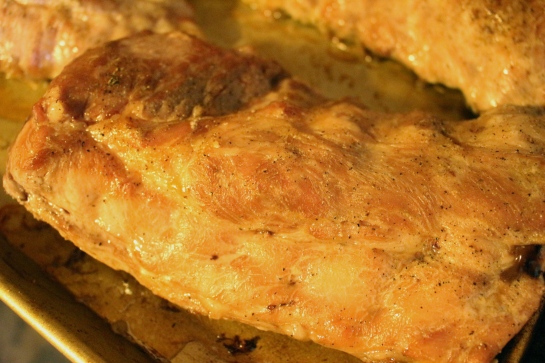 Off to a good start!

Take them out of the oven and turn the temperature down.  Wrap the rack of ribs in foil and put back in the oven for about an hour and a half.  This is when the magic happens!  Cooking them low and slow will create a tender rack of ribs.  Take them out when you can easily cut between the ribs with a knife. 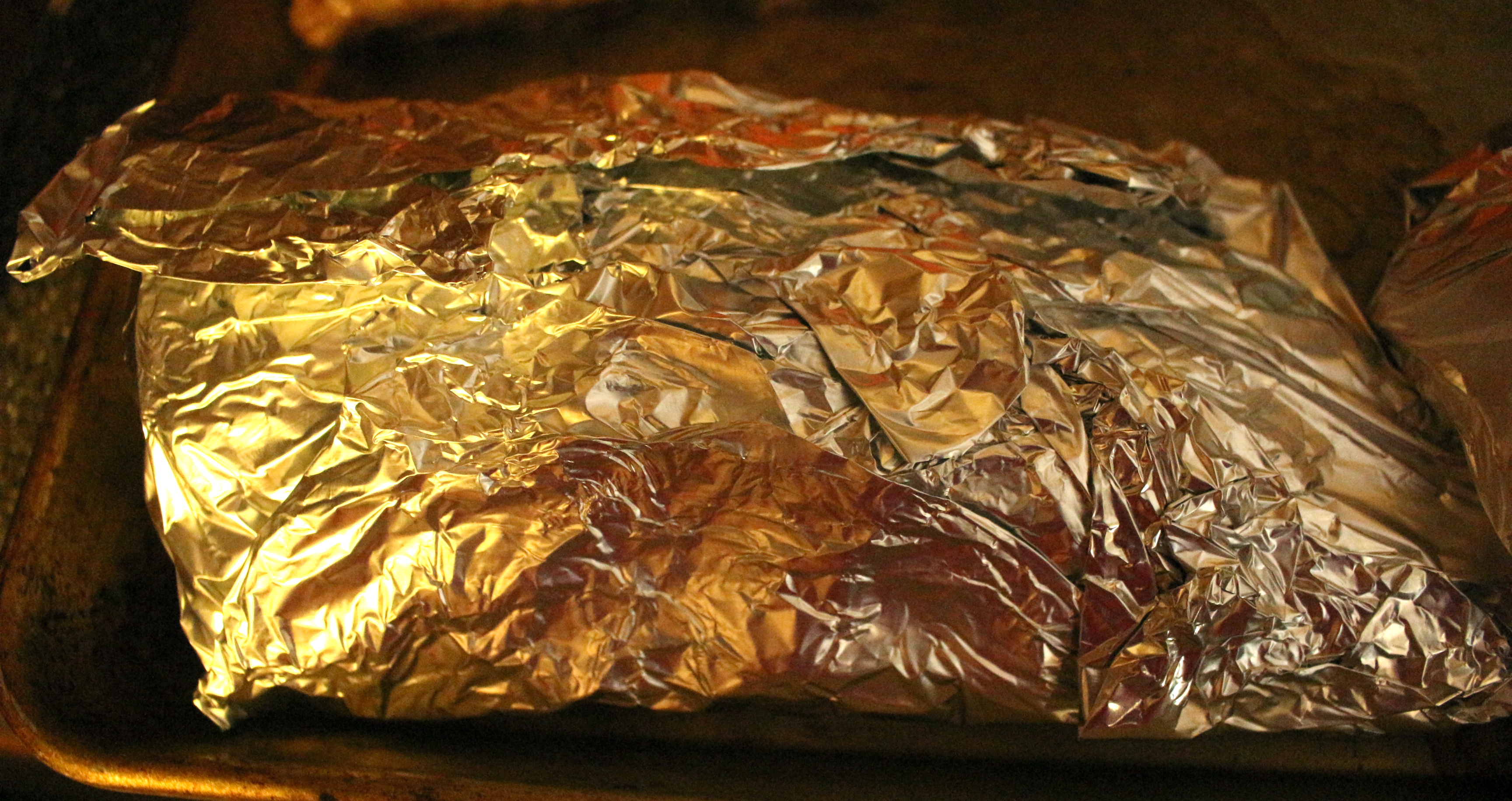 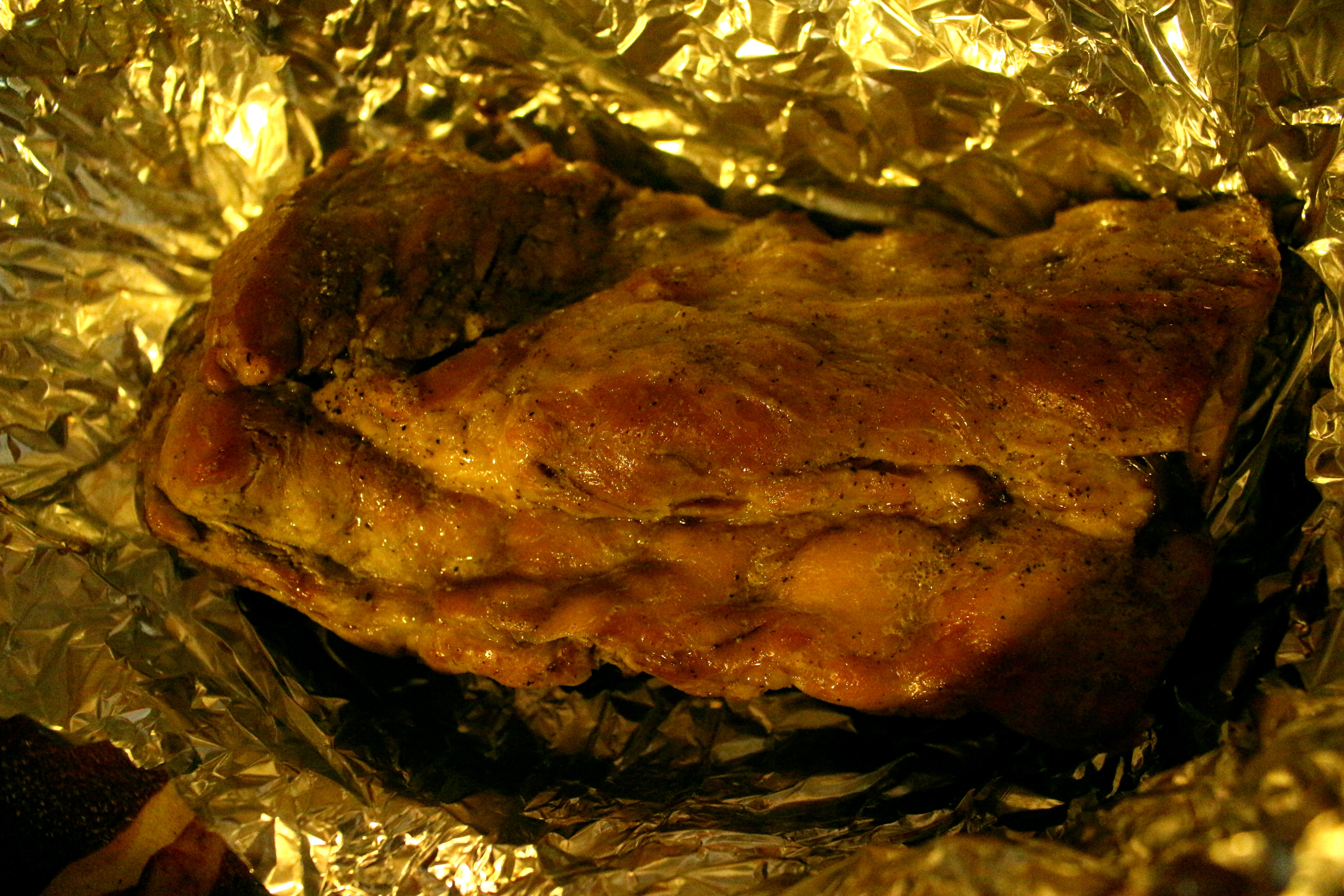 Now comes the BBQ part!  We’re going to throw them on the grill with sauce to give them more color and lock in the flavor.  Cover your grill with foil and preheat to medium (we use a gas grill, if you’re using charcoal place the ribs on the cooler part of the grill).  Brush the top of the ribs with your favorite BBQ sauce.  We found the Blackberry BBQ sauce was quite tasty with ribs, but use whatever you like.  This is another chance for you to put your own mark on these. Put the ribs on the grill, top side down.  Brush the bottom with sauce. Cook for about 5-10 minutes, or until they’ve gotten some color and flip. These ribs are super tender so some of if it may peel away from the foil, but that’s fine.  Just hit that spot with a little more sauce and no one will notice. 😉

Now grab the napkins and dig in!  I would recommend letting your diners slice their own ribs, rather than cutting them ahead of time.  This will allow them to stay hot and moist. These ribs would be great with Potato Salad, a green salad, corn on the cob or some fresh fruit. 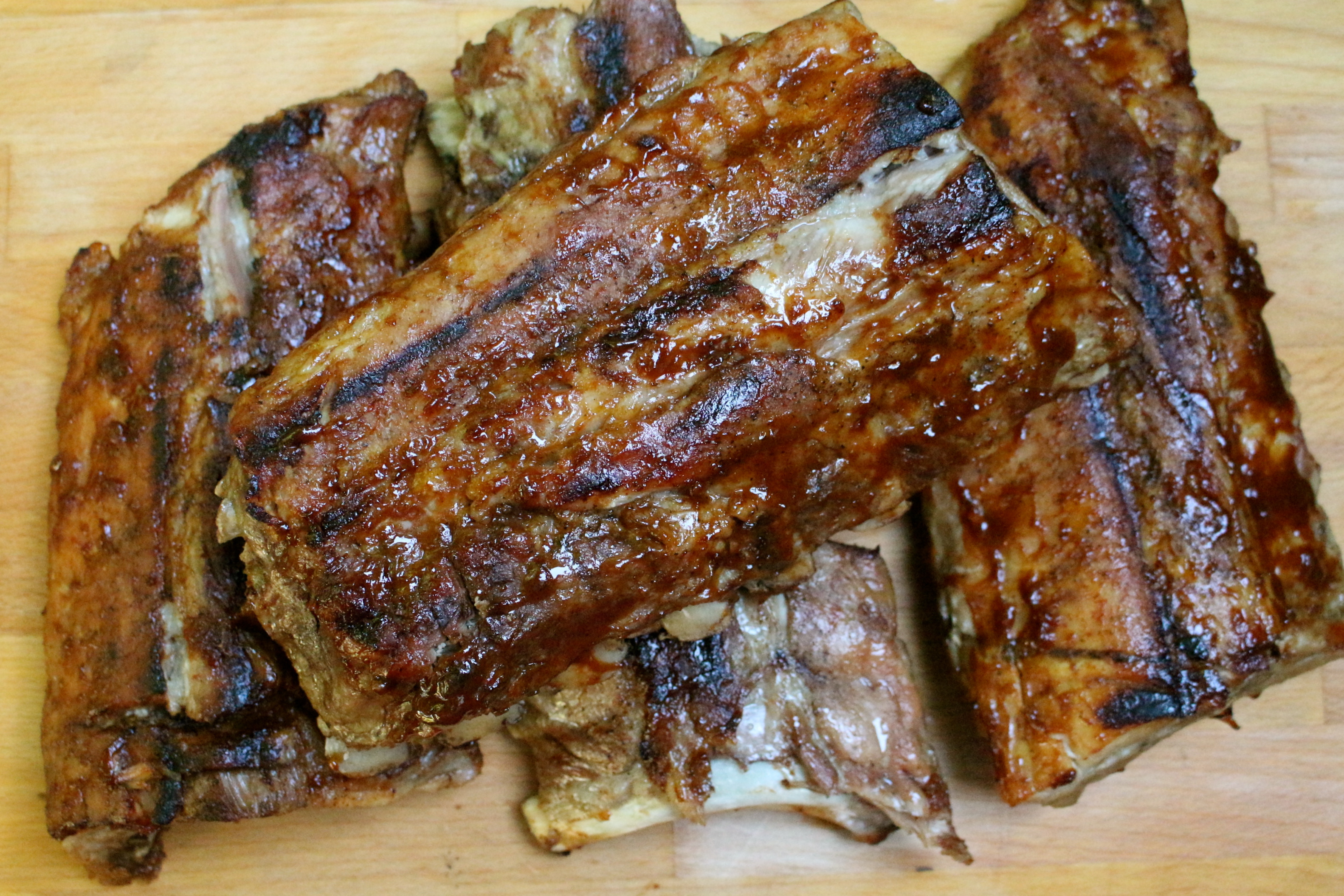 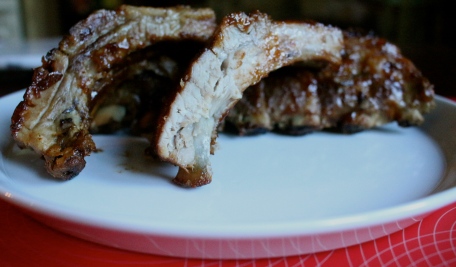 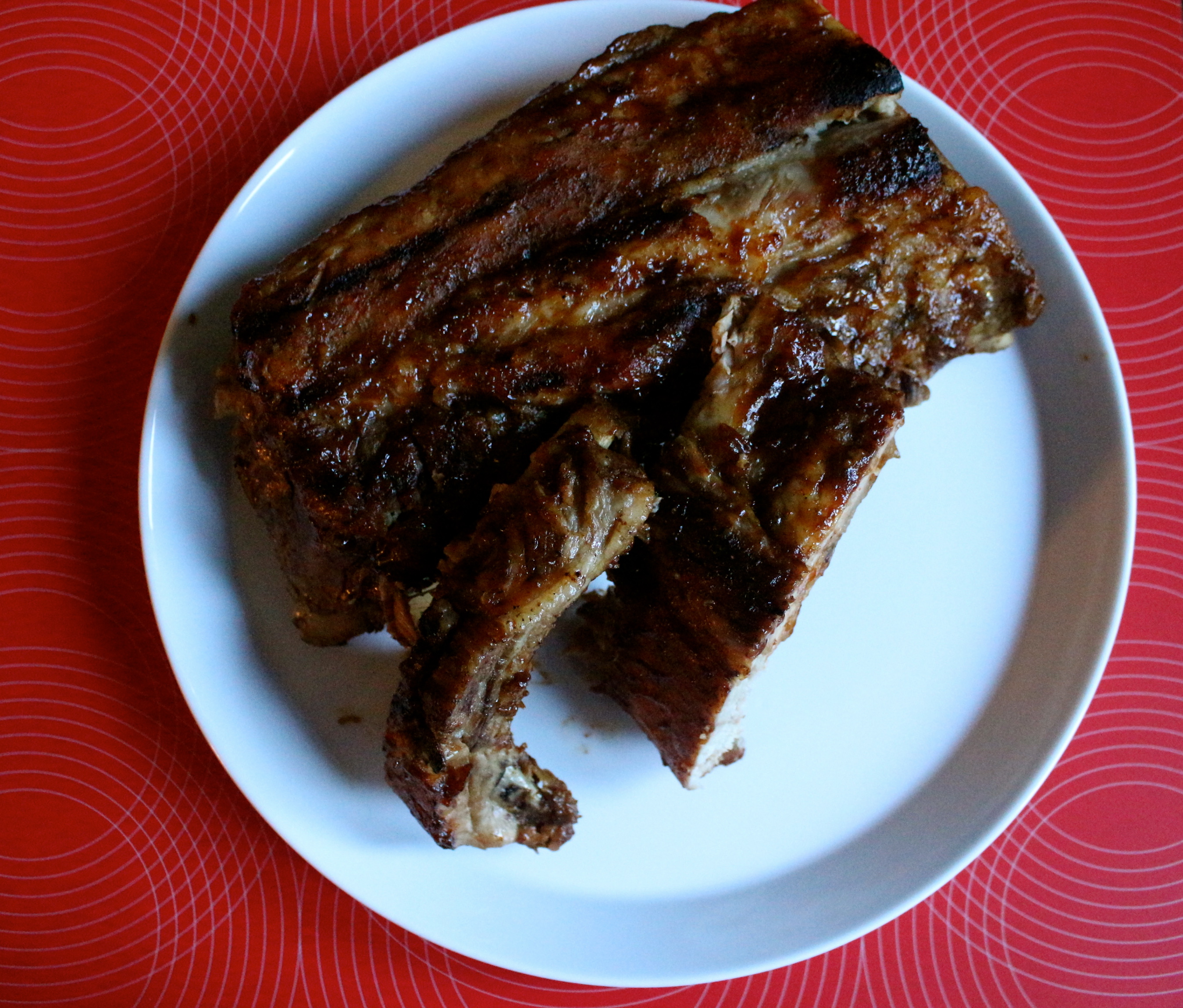